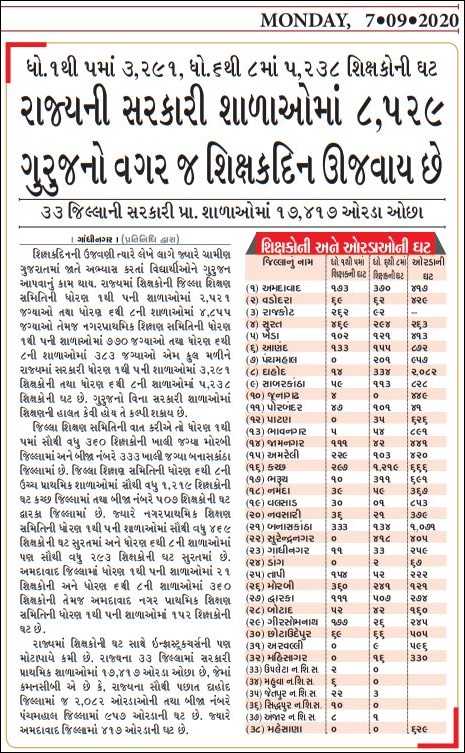 There is a shortage of 17,417 rooms in government primary schools in 33 districts of the state, which is unfortunate.  The most backward Dahod district of the state has 2082 rooms.  Second is the decline of 957 rooms in Panchmahal district.  While Ahmedabad district has a shortage of 417 rooms.
Makavana Mahendra J September 07, 2020 Komentar